The exhibition is about the world of childhood and the stories of girls.

Sorour and I have been friends and colleagues and as such, we share a lot of memories. An amicable person known for his warmth and sincerity, his genuine feelings are distinguished by his immersion in the Egyptian culture and his connection with his roots, which is evident both in his sensitive personality and harmonious sense of identity. All these traits are reflected in the aesthetics of his works, particularly manifested in a set of themes he tackles, such as childhood and innocence, spontaneity and instinct, harmony and coherence, love and peace. Sorour’s works are distinguished by a number of characteristics that assert coherence, rootedness, and authenticity. This is especially demonstrated in his use of dark lines that surround all components and bright colors inspired by the five-thousand-year-long Egyptian history. Even though his colors are endowed with a contemporary character, they are throbbing, with the local flavor that emphasizes how deeply rooted they are in Egyptian tradition, rendering Sorour’s works among the most prominent in modern Egyptian fine arts.
Farghali Abdel Hafiz 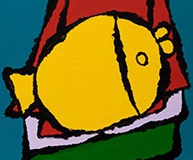 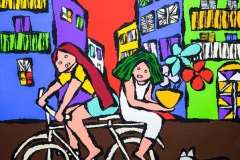 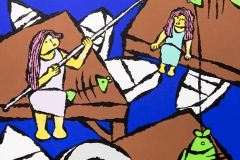 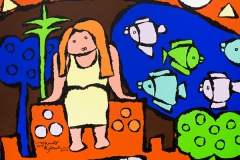 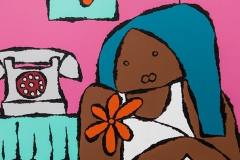 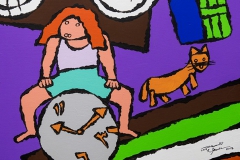 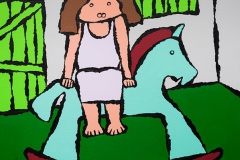 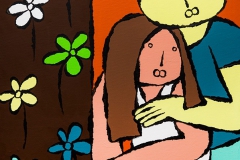 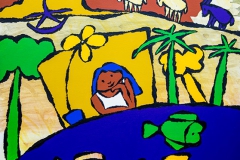 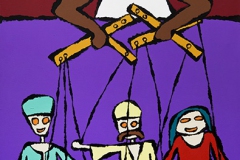 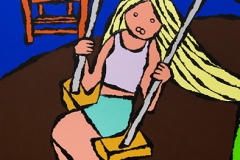 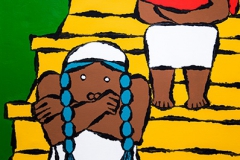 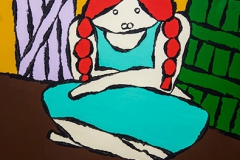 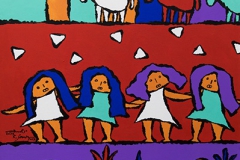 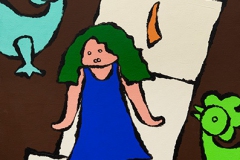 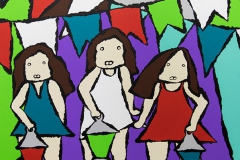 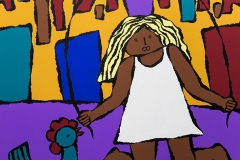 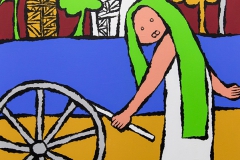 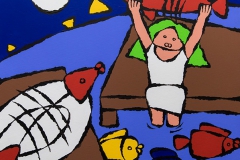 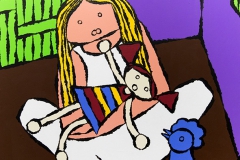 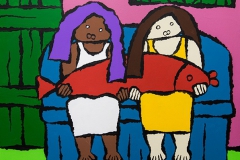 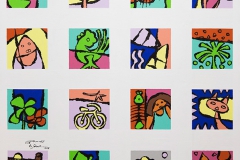 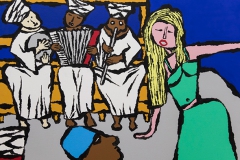 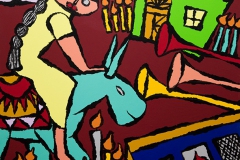